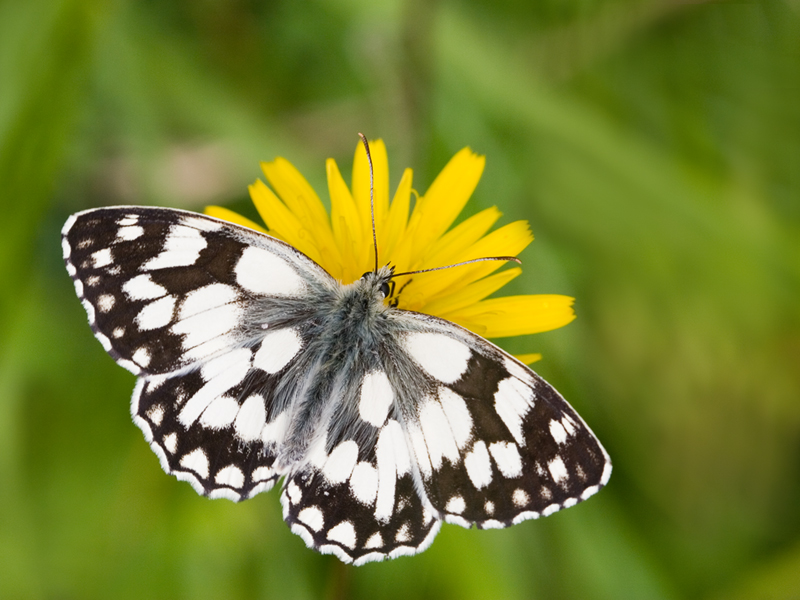 Description
The black and white chequered wing pattern makes this butterfly very distinctive, quite different from all other Browns and with far more black than on any White butterfly. Characteristic black eyespots near the outer edges of the underwings show the family affinity to the Browns. Normally flies slowly low above the ground, though occasionally can fly high and fast when going longer distances.

Flight Period
The flight period is from mid-June to mid-August.

Habitat
Tall unimproved grassland on a variety of soils, mainly calcareous or neutral where a sward of tall grasses including Red Fescue is not grazed or cut frequently

Wiltshire Sites
All over the county but especially the downs, Salisbury Plain and other open grassland areas.