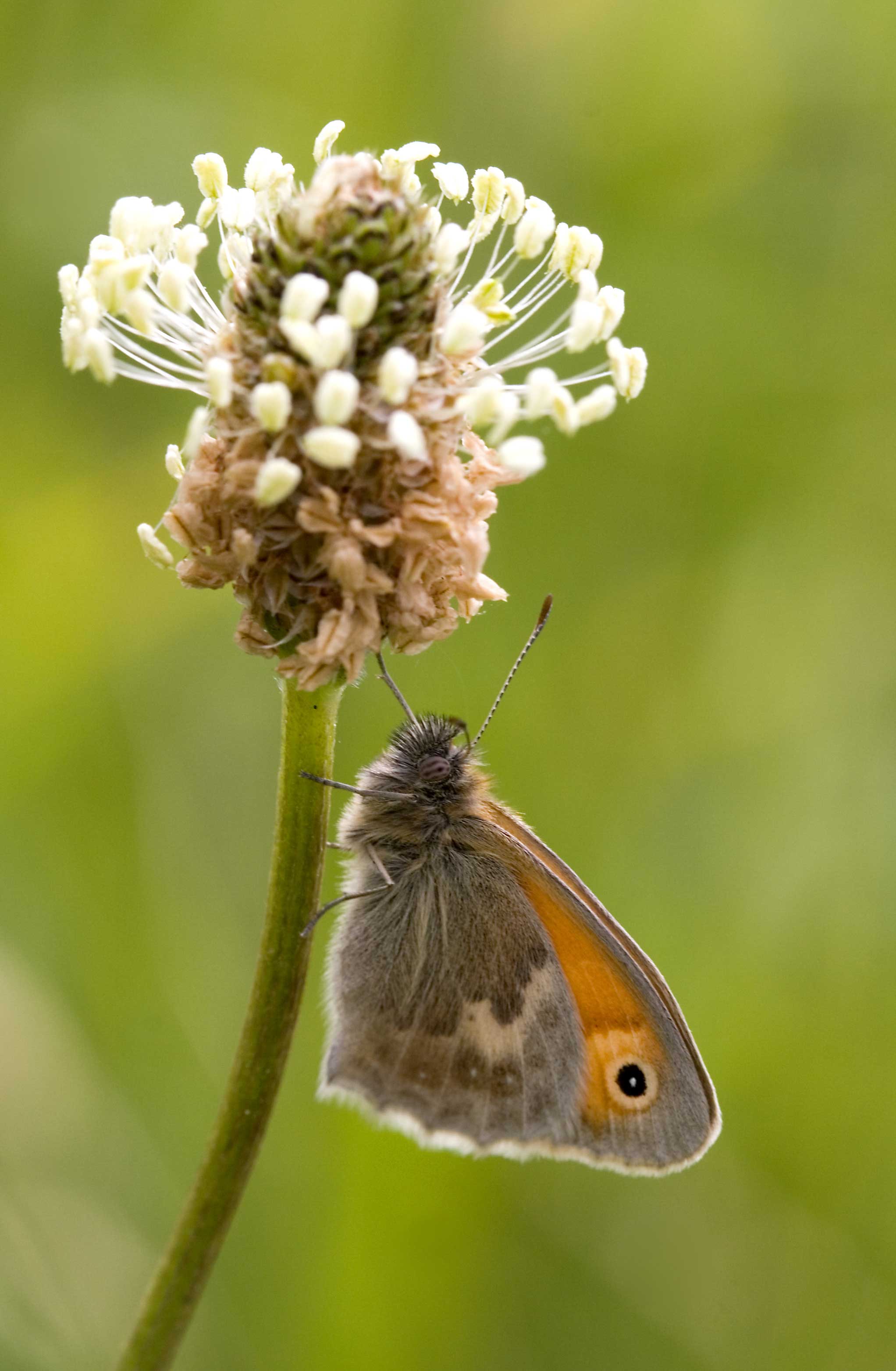 Description
A light brown butterfly, smaller than any other Brown. It is nearest to the Gatekeeper, which is a deeper orange colour, but both species can still look similar and sometimes share habitat in late summer. Always settles with wings closed, when forewings show the light brown, with a single black spot with white pupil. Blotchy grey-brown hindwing covers over forewing, particularly in cloudy weather. Flight weak and slow.

Flight Period
Double-brooded, with slight overlap between generations: first generation from early May to mid-July, second, from mid-July to mid-September, so a few can be found at any time through the summer.

Wiltshire Sites
Still found in many parts of the county, but most numerous on the downland sites.