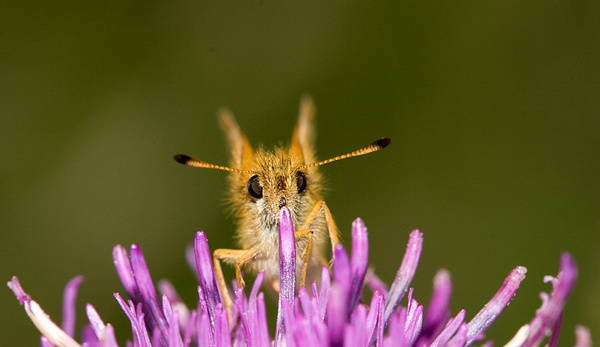 Description
Very similar to the Small Skipper, the Essex Skipper can be identified by its all black underside antennae tips. They both share the same habitats and are on the wing at similar times. The male can be separated from the female by the black sex brand on its upper forewings, parallel to the wing edge. This band is a short line of specialised scent scales. Like other skippers they spend much of their time basking on grass stems.

Flight Period
The single flight period is from mid-June until end of August.

Larval Food plants
Cock's-foot (Dactylis glomerata) is the main food plant
May use other grasses such as Yorkshire fog, Creeping Soft-grass, Common Couch, Timothy and Tor-grass.

Habitat Requirements
Unimproved grasslands in open sunny locations. Such as roadside verges and disused railways lines where the larval food plant is abundant.