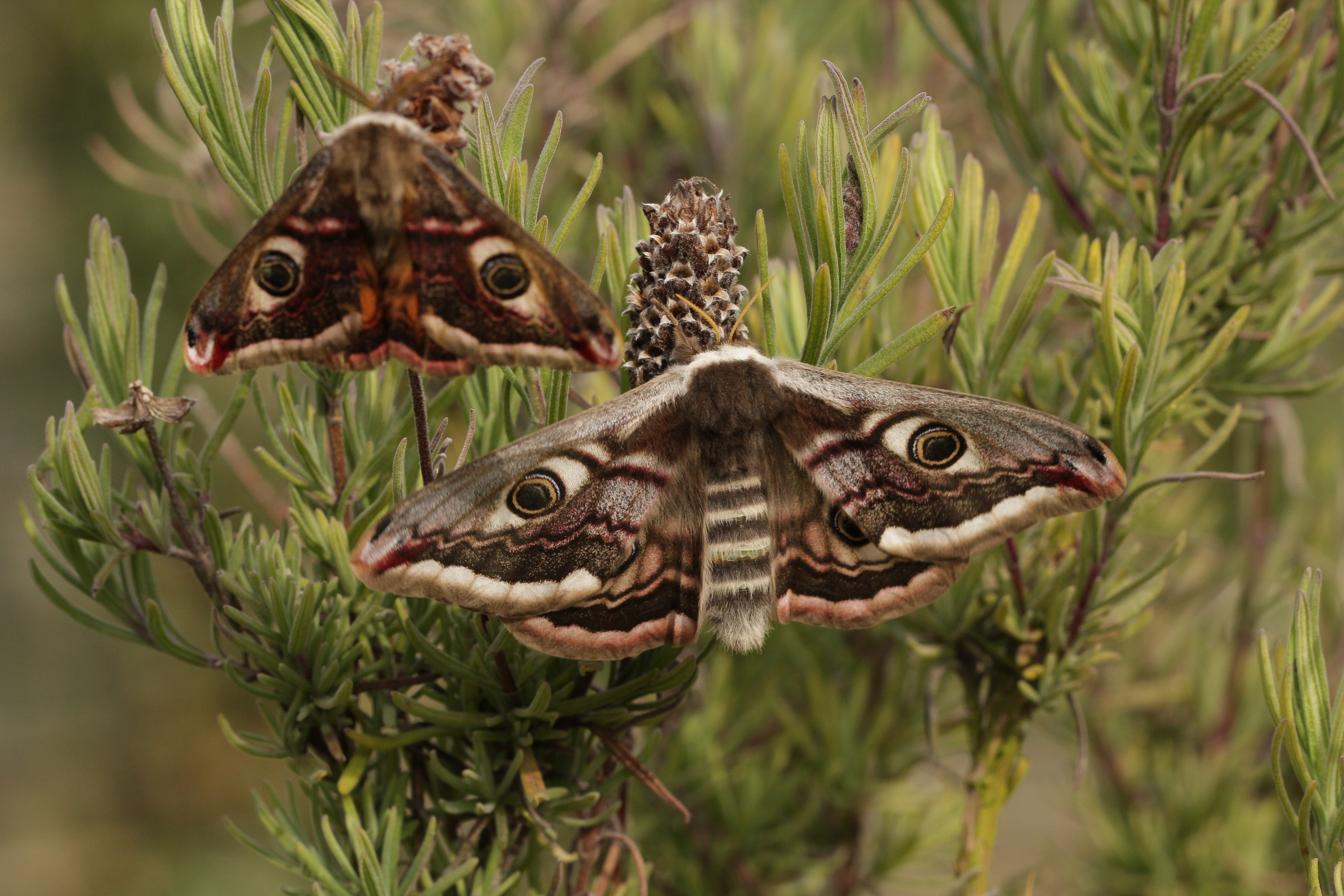 Description
This large and impressive moth has prominent eyespots on both fore and hind wings, making it unmistakable. Males are smaller than the greyer females and fly fast by day in search of the females, which do not fly in daylight. Males have orange hindwings and feathered antennae which they use to detect the pheromones given off by the female.

Habitat
Emperors have a preference for heathland and moorland, but can also be found in the open in smaller numbers in other types of open country.